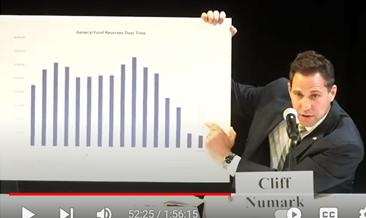 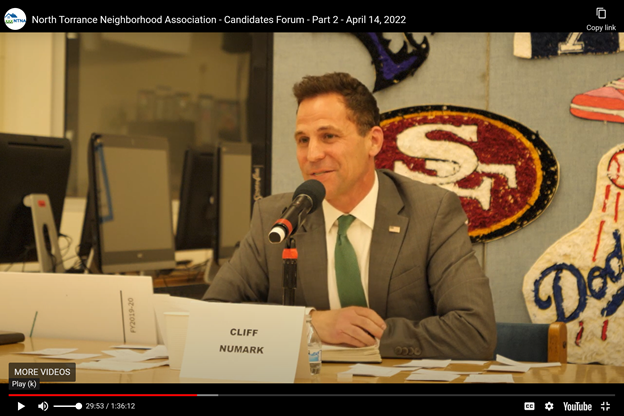 Here is a video that summarizes Cliff's candidacy, which was part of the City's "Open Mic Night."  As a Cable TV Commissioner in 1999, Cliff initiated this program to enable the public to hear from candidates directly.

Thanks to the League of Women Voters for hosting a forum on May 3.  The forum starts at about 7 minutes into the link, with opening statements at about 10 minutes in.

Thanks to the Southwood and West Torrance Home Owner Associations for hosting a forum on April 21. The Mayoral Candidate Forum is at approximately 8:45 minutes into the link.

Thanks to the North Torrance and Old Torrance Neighborhood Associations for hosting a forum on April 14.  The Mayoral Candidate Forum starts shortly after the start of the video.